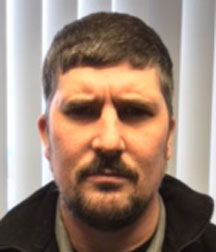 01 Mar Former Lackawanna Guard Gets Probation for Sex with Inmate

Last week, a former Lackawanna County Prison Guard got off with probation for having sex with an inmate.  Jeffrey Staff was sentenced to nine months’ probation and barred from seeking employment in a correctional facility or law enforcement for sexual abuse and his role in perpetuating a pervasive culture of institutional abuse of female inmates over many years.  Staff pleaded no contest to one count of Official Oppression (M2).

Staff was one of seven guards charged on February 14, 2018 following the Office of Attorney General’s year-long investigation into Lackawanna County prison guards who used their positions of authority to sexually abuse and assault female inmates at the prison. Staff’s arrest stemmed from sexual contact he had with a Lackawanna County Prison inmate in 2010 while she was out on furlough.

Attorney General Josh Shapiro pledged to continue taking action against those responsible for sexual abuse and assault at Lackawanna County Prison.  Of Staff, he said, “The defendant will never hold a job in law enforcement again, ensuring that he will not be able to abuse his power in this way. As Attorney General, I will not allow sexual abuse to take place at any correctional institution in our Commonwealth. This investigation is ongoing, and we believe that there may be other victims or witnesses.”

Shapiro urged anyone with information to contact a special hotline at 570-846-4074.