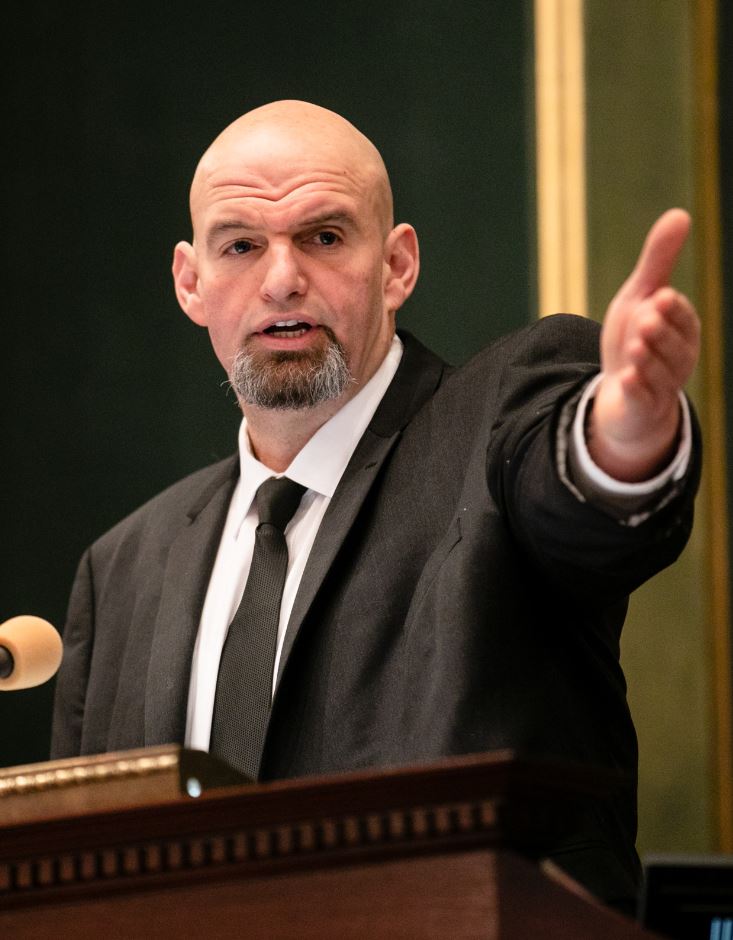 Pennsylvania Lieutenant Governor John Fetterman traveled to Penn State Scranton Saturday for a stop on his statewide listening tour to gauge the public views on the legalization of marijuana and other cannabis products.  Fetterman, a Democrat, met with 200 residents in a crowded café on the Dunmore campus.

In January, a group of legislators in Harrisburg introduced a bill to legalize cannabis for use by adults.  Pennsylvania Auditor General Eugene DePasquale has published estimates that legalization could generate $580 million in tax revenue.

“We have our neighboring states in New York and New Jersey are considering it so I think it is important that we have this conversation face to face on this critical issue,” said Fetterman, who took office in January and is the former mayor of Braddock.

The program offers medical marijuana to patients who are residents of Pennsylvania and under an approved practitioner’s care for the treatment of a serious medical condition as defined by the Medical Marijuana Law.

Medical marijuana grossed more than $132 million in total sales one year after the official start of product being sold. The commonwealth collected more than $2 million in tax revenue to date from grower/processors.