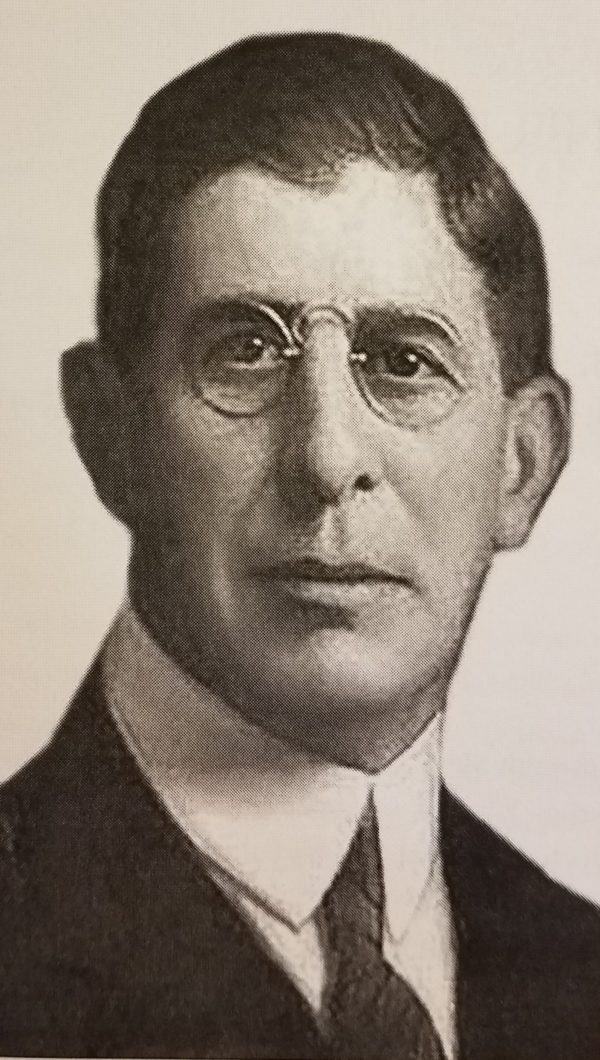 20 Feb The Scranton Mayor Who Went to Jail

The Ku Klux Klan, a rigged election, and a corruption conviction tell the unfortunate story of Scranton Mayor Edmund B. Jermyn.

Born in the town that bears his father’s name, Jermyn was the heir to a mining fortune. He served as President of Archbald Bank and ran the Jermyn family mining operations in Old Forge. In his free time, he founded Taylor Hospital and raised horses on his farm in Waymart.

In 1913, the forty-six year old coal baron put his name forward in the non-partisan election to serve as the fifteenth Mayor of Scranton. Jermyn’s slogan was his promise to “clean out city hall from cellar to garret” and he left nothing to chance. He spent freely, opened a huge headquarters, hired a staff that included twenty stenographers, and with a fleet of cars delivered paid campaigners into every neighborhood. He even had his own marching band.

On election night, after spending $33,000 (the equivalent of $837,443.33 in today’s dollars) on the race, the rich man few thought could win steamrolled his opponent, Scranton Director of Public Safety William G. O’Malley. The Jermyn from Jermyn had arrived.

Jermyn served for four years and then returned to business. In 1925, he attempted a comeback in one of the most controversial races the city has seen then or since. So controversial that the outcome was decided by the courts.

Elections in Scranton were now partisan and Jermyn ran as a Republican. This was a different time in city politics and GOP party registrations outnumbered the Democrats by 7,000 votes. Jermyn seemed like a sure bet in the contest against Michael J. McHugh, the city’s superintendent of police.

However, McHugh proved a popular campaigner. He was helped by the Ku Klux Klan, who staged a daylight march through downtown to oppose McHugh and his Catholicism. This did not play well with the city’s working class voters. Jermyn disavowed the Klan support and promised to represent every citizen if he was elected.

52,000 voters went to the polls on Election Day and the results had McHugh narrowly ahead  26,029 to 25,901. The former mayor refused to concede. In the days that followed, violent clashes between the opposing camps erupted throughout the city. When it seemed like it could not get worse, it did.

The Democratic and Republican poll workers in the First District’s Second Ward came forward and  confessed that they had split a $1,000 bribe to throw an extra fifty votes McHugh’s way. An investigation ensued and fifteen days later a three judge panel voted 2-1 to declare Jermyn the winner.

Once back in office, Jermyn wasted no time consolidating power. He built an effective Republican organization that provided jobs and benefits to those who backed his chosen candidates and policies. As 1930 approached, the smart money was on his taking a shot at a third term. In a surprise, Jermyn declared that eight years in office was enough. He wanted out of public life.

Just months after leaving office, Jermyn was indicted on charges that he took kickbacks in a scheme to look the other way as slot machines were installed throughout he city.  Witnesses testified that they turned over a $4 bribe for every slot machine. He was convicted of conspiracy by April and sentenced to one year in prison.  He served two months before a judge ordered his release.

Edmund B. Jermyn died in disgrace on July 9, 1932. As of this writing, he is the only Mayor of Scranton to end up as a convicted criminal.