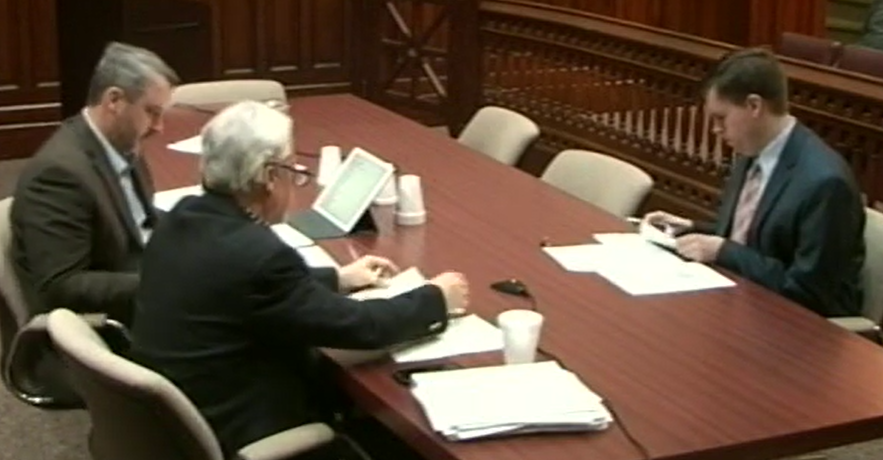 On Tuesday, Democratic Councilmen Kyle Donahue, Bill Gaughan, and Republican Councilman Wayne Evans reviewed the findings of the countywide blight task force and discussed changes ranging from reducing fines to allowing individuals to become conservators of abandoned property.  The report was produced through a collaboration between the Lackawanna County Land Bank and NeighborWorks of Northeastern Pennsylvania.

Recalling similar conversations over the last several years, Gaughan expressed skepticism that the administration of Democratic Mayor Bill Courtright will follow through on any Council measures.  Gaughan noted Evans’ participation in the blight strategy’s development and said, “As far as I can see from this, nobody from the city administration showed up.”

Evans admitted that Mayor Courtright’s representatives did not show up despite being invited.  He said, “I was there at every meeting because I thought it was important.  I think tonight what is important is that we are bringing the results of this study and having a conversation.”

“We are not seeing a ton of action and that’s what frustrates me,” said Gaughan, a persistent critic of the embattled mayor.

On Wednesday, Democratic County Commissioners Patrick O’Malley and Jerry Notarianni voted to adopt a ten-year program that freezes property tax assessments for those that make improvements to commercial and residential properties.  The Local Economic Revitalization Tax Assistance program, or LERTA, designates all of Scranton as a “deteriorated area.” The designation allows tax officials to grant an abatement to those making improvements. Republican Commissioner Laureen Cummings expressed her discomfort with the term “deteriorated area” and abstained from the measure.