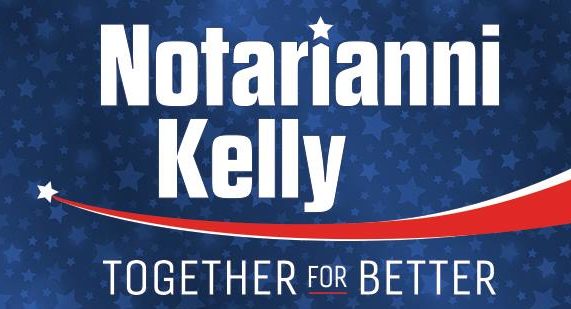 Lackawanna County Commissioner Jerry Notarianni is partnering with George Kelly, the county’s former Director Economic Development, in the Democratic primary race for two commissioner seats.  The pairing has been rumored for weeks.  Notarianni and Kelly made it official with a public announcement at their new Wyoming Avenue campaign headquarters.

The two spoke before a crowd of party regulars that included Lackawanna County Recorder of Deeds Evie Rafalko-McNulty.  Notarianni attacked his former running mate and fellow Democrat Patrick O’Malley.  In the aftermath of their 2015 election, O’Malley’s decision to side with Republican Commissioner Laureen Cummings effectively flipped control of the board.

Kelly, whose retirement from his county post took effect the day before the announcement, stressed that he could do more for residents as commissioner.

“We want more economic development to bring family sustaining jobs to our area and continue the good work we have done so far,” he said.  “You deserve better.”

The two will face off in the May 21st primary against O’Malley, who has yet to announce a new  running mate.  According to recent campaign filings, O’Malley started 2019 with $254,494 cash on hand compared to Notarianni’s $6,401.