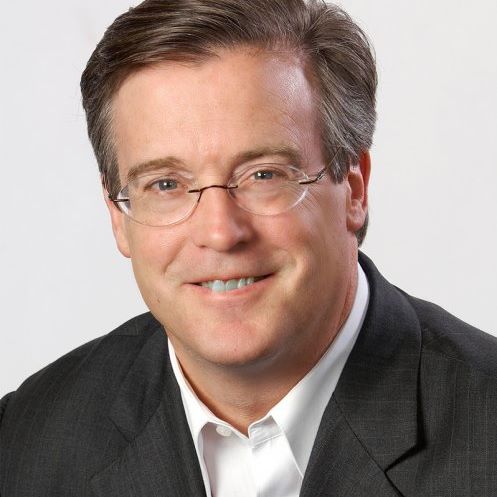 In 2009, days after his re-election to a third term as Mayor of Scranton, Chris Doherty announced that he was running for Governor of Pennsylvania.  Doherty’s poor performance in the early campaign – and his decision to drop the run in favor of a losing bid in the State Senate primary – changed the course of his mayoralty and the future of Scranton. How would the city’s political landscape been altered if Chris Doherty had won the race for Governor? Here’s our fictional “what if” version of the story —

2009: Shortly after the polls close, Chris Doherty’s sister Virginia “Ginny” McGregror, pulls her brother aside.  Over at Stirna’s Restaurant in North Scranton, a packed house of supporters wait for the Mayor to come celebrate running over Gary DiBileo on his way to a third term.  The room has heard the buzz.  The Big Man is going to throw his hat into the ring and run next year for Governor.  Ginny is worried that Doherty’s high priced consultants are bleeding him dry.  They are sailing into headwinds and need money, not out of state professionals, to help them navigate the rapids.  She wants consultant Tad Devine and the whole team fired. Standing outside in the brisk November darkness, the Mayor agrees.  He will make the changes and focus on fundraising, but only if his sister takes charge.  She agrees.

2010: In January, Doherty throws his hat into the race.  The two months of infrastructure building have helped. Politicos and the media are impressed that he overcame the staff shake up and raised $2 million in such a short time. He launches the campaign not in Scranton, but in Pittsburgh, and announces that the city’s mayor Luke Ravenstahl will be his Lieutenant Governor candidate. When Allegheny County Chief Executive Dan Onorato endorses the ticket that April, both Doherty and Ravenstahl clinch their nominations.

In the November election, Doherty defeats Pennsylvania Attorney General Tom Corbett 51% – 49%.  At the victory party at the Scranton Hilton, Ginny McGregor is heard to remark, “A win is a win.”

Democratic Congressman Joe Sestak defeats former Republican Congressman Pat Toomey in one of the closest U.S. Senate elections in Pennsylvania history.  Winning by less than one percentage point, Sestak bucked the Tea Party wave.  Pundits attribute the victory to Doherty’s turnout operation in the northeast and Ravenstahl’s work in Pittsburgh. Off the record, those in the know credit McGregor and Doherty deputy campaign chief Kathleen Kane for striking a mysterious last minute deal with Harrisburg Mayor Stephen R. Reed that prevented the longtime Democrat from endorsing Toomey.

In Harrisburg, Republicans retain control of the State Senate and flip the majority in the House of Representatives.  Doherty ally and University of Scranton professor Elizabeth Randol is elected to the 22nd District State Senate seat to replace retiring Senator Bob Mellow. Helped by Doherty’s gubernatorial campaign, Randol wins votes outside of the city with a campaign that frames her as a moderate, pro-Second Amendment Democrat.  Ads feature Randol at a gun range firing her Sig Sauer .380 at thick stacks of state regulations.

In May, Evans and Tax Collector Bill Courtright lose the Democratic primary to Lackawanna County Recorder of Deeds Evie Rafalko-McNulty. Evans wins the Republican line but thanks in large measure to a top notch effort run by former Mayor James McNulty and a late visit by Vice President Joe Biden, Ralfalko-McNulty wins 58%-42% in the November election.

2012: In the second year of his term, Doherty earns plaudits for building relationships with the Republican led Senate and House.  Public polling shows his favorable ratings at 55% as he presents budgets built with lessons learned at the helm of the “Scranton Miracle.”

In March, Mayor Rafalko-McNulty travels to Harrisburg to tell Governor Doherty that the miracle is at risk of going bankrupt.  He negotiates a behind the scenes deal with the GOP leadership.  They go along with his request for $20 million in emergency aid to rescue his hometown.  Cynics note that the popular Governor stays entirely out of the November legislative elections, allowing Republicans to retain their majority.

In May, Kathleen Kane upsets Congressman Tim Holden in the Democratic primary for the new 17th Congressional District.  Local attorney Matt Cartwright wins the Democratic nomination for Attorney General.  In November, Kane and Cartwright win their respective races in landslides.

Whether or not he sold out down ballot candidates, Doherty campaigns hard for Barack Obama’s re-election.  The incumbent President wins 58% of the vote in Pennsylvania.  Joe Biden calls Doherty to express his personal thanks.

2013: The May Democratic primary is a nasty one.  Newcomer Bill Gaughan runs an aggressive race against City Tax Collector Bill Courtright.  In a campaign marked by accusations of mismanagement, he narrowly defeats the incumbent and goes on to victory in the November election.

Rafalko-McNulty wins both the Democratic and Republican nominations for a second term as mayor.  Forgoing a campaign, she makes headlines when she embarks on a three month tour of Asia to market Scranton to foreign companies.  She returns home in July with a deal in hand: the mayor that every tycoon loved has persuaded Samsung to create 600 jobs in the Electric City.  Governor Doherty is on hand for the announcement.

2014: In May, State Senator Liz Randol is defeated in the Democratic primary by State Representative Marty Flynn. The former women’s studies professor amassed the most liberal voting record in Harrisburg. Portraying the incumbent as out of touch with the district, Flynn easily defeats her. The following month, Mayor Rafalko-McNulty appoints Randol to be Executive Director of the Scranton Sewer Authority.

In November, Governor Doherty defeats former Republican Congressman Pat Toomey by a 63%-37% margin.  The scale of his victory does not go unnoticed by Democratic leaders in Washington.  Democrats gain control of the General Assembly in Harrisburg.

2015: Doherty is elected Chair of the Democratic Governors Association and travels the country on behalf of his party’s candidates for state office.

The Economist features Scranton in a cover story on how this model city climbed back from the brink of bankruptcy to promote growth and invest in infrastructure.

2016: With Hillary Clinton locked in a tight race against Donald Trump, she taps Doherty – the wildly popular Governor of Pennsylvania – to be her running mate.  Joe Biden beams as he introduces his old friend at the convention in Philadelphia.  He makes a point of telling the nationwide audience that this is the first presidential ticket to have two natives of Scranton headlining.  In the weeks that follow, Clinton focuses on turning out the base while Doherty and Biden travel the Rust Belt.  On election night, the former First Lady, Senator, and Secretary of State defeats Trump 275-256 in the Electoral College.

2017: Despite Trump refusing to concede and calling the election rigged, Doherty is inaugurated as the 48th Vice President of the United States on January 20, 2017.  The Republicans who control Congress immediately begin investigations into President Clinton’s use of a private e-mail server while Secretary of State and the Clinton Foundation’s receipt of donations from foreign governments.

Luke Ravenstahl is sworn in as Governor of Pennsylvania to fill Doherty’s unexpired term.

Meanwhile, in Scranton, Rafalko-McNulty decides not to seek a third term as Mayor.  In the May primary, City Tax Collector Gaughan defeats Liz Randol for the Democratic nomination.  In November, Gaughan narrowly defeats Council President Pat Rogan, running on the Republican line, 52%-48%.

2018: In January, following a cascade of headlines detailing improprieties at her family foundation, President Clinton appoints a special counsel to investigate whether her campaign colluded with foreign governments by accepting donations during the election.  The House and Senate Intelligence Committees issue a scathing report condemning her conduct.  The minority Democratic members dissent.

With Clinton’s poll numbers at record lows, Republicans across the country are elected in a Red Wave that secures them even larger majorities in both houses of Congress.  Lackawanna County Commissioner Laureen Cummings defeats Congresswoman Kane.  Marty Flynn loses his State Senate seat to challenger Frank Scavo.

2019: In the midst of a January government shutdown, the House of Representatives votes to impeach President Clinton on charges that she obstructed the special counsel’s investigation into collusion.  The public is increasingly angry at the Administration over the 35-day shutdown.  Chief Justice John Roberts presides over the Senate impeachment trial.  For the first time in American history, the President is removed from office by a vote of 68-32.  Senator Sestak, incensed by her conduct, casts one of the deciding votes.

In the East Room of the White House, surrounded by family and Scranton friends, Chris Doherty is sworn in as the 46th President of the United States.