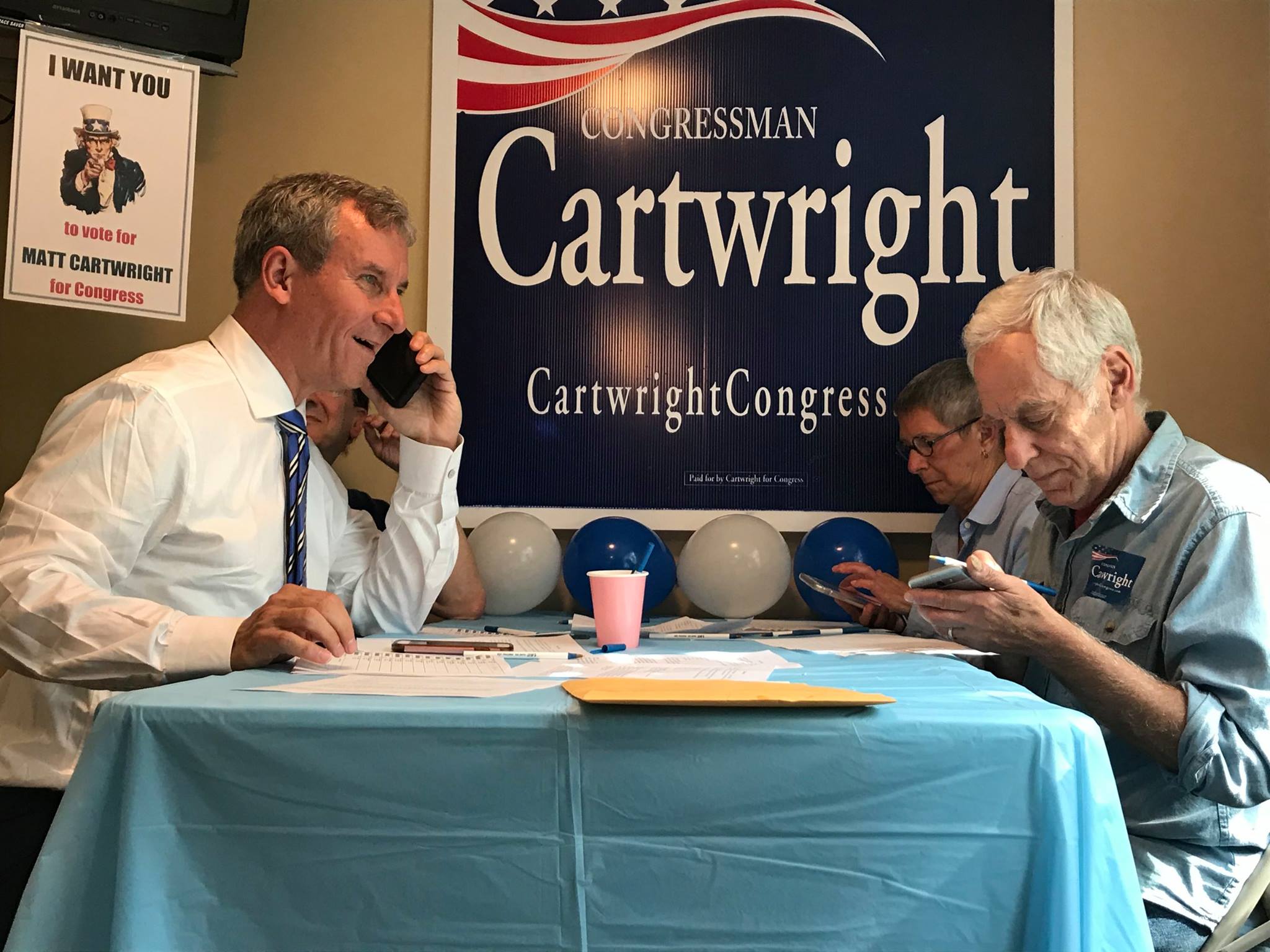 On Thursday, political expert Larry Sabato changed his Crystal Ball rating in the Eighth Congressional District from Likely Democratic to Leans Democratic.  The change comes as the race heats up between incumbent Democrat Matt Cartwright and Republican businessman John Chrin.

The change is a positive sign for Chrin, who has been criticized by some in the Cartwright camp as a carpetbagger.  The businessman relocated to Barrett Township but still owns his former primary residence in New Jersey. The Republican invested significant resources to win the primary.  Since then, he’s trained his paid media sights on the two-term congressman.

“The Crystal Ball says Matt Cartwright is favored to win and we believe them,” Cartwright’s campaign manager Mike Szustak told PoliticsPA.com. “Voters in northeast Pennsylvania are faced with the choice between Congressman Matt Cartwright, who has fought to protect Social Security, worked to expand healthcare to all Pennsylvanians, and brought good paying jobs to our district, or John Chrin, a Wall Street banker from New Jersey who has said he wants to cut Social Security benefits. The choice could not be more clear.”