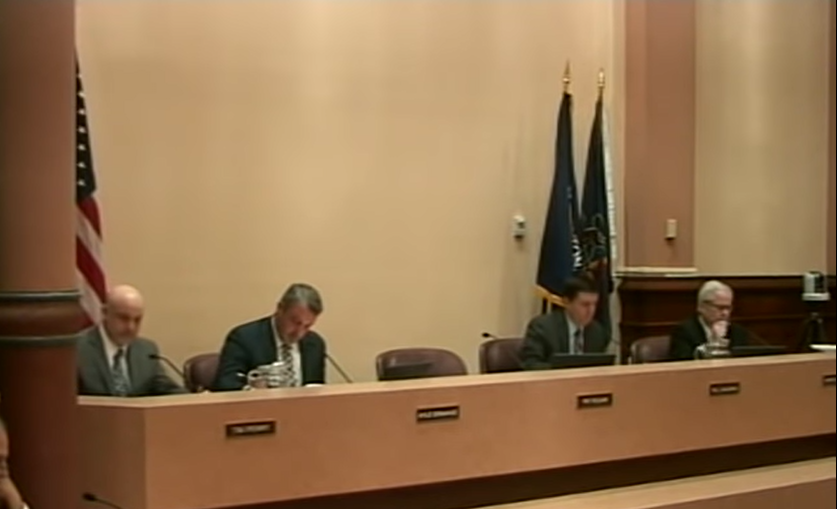 Just months after a controversial decision to grant a lease to a city employee, the Scranton City Council introduced a revised ethics code Monday with tougher restrictions on conduct for local officials and employees.

Councilmen Wayne Evans, Kyle Donahue, Bill Gaughan, and Tim Perry were on hand to convene their first meeting since the holiday break.  Council President Pat Rogan was absent.  The group unanimously agreed to the introduction of the new code.

According to the Scranton Times-Tribune, the provisions include:

The push for revisions to the ethics code stem from Pat Hinton, the city’s licensing, inspection, and codes manager, appearing to violate existing ethics provisions that bar employees from using public property for personal benefit.  Hinton received a generous lease from the Scranton Parks Authority to turn an unused Nay Aug Park comfort station into a gourmet coffee shop that he would personally own.

In correspondence to City Council, Minora wrote, “Section 6-16(a)(b) [of the city ethics code] prohibits engaging in financial or other personal interests or private employment which is incompatible with the discharge of ones duties. Section 6-18 prohibits an employee from using any public property for personal benefit or profit in accordance with policies promulgated by the mayor.”

Hinton did not specifically refute Minora’s citation. Instead, he referred to Section 6-17 of the code and argued that the ownership of a gourmet coffee shop is not “incompatible with the proper discharge of his official duties.”

Even if the award of the contract did violate the city’s ethics code, Pennsylvania’s Commonwealth Ethics Act supersedes local ordinances and provides no clear prohibition of Hinton obtaining the contract. The generous terms of the lease grant Hinton the first two years free and $250 per year afterward.

Once adopted, the revised ethics code will be submitted to Mayor Bill Courtright for approval or veto.  The Mayor has not taken a public position on the matter.